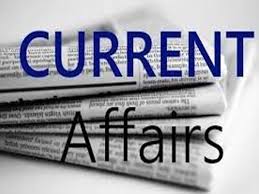 Those raising doubt on airstrike are demoralizing forces: Arun Jaitley: Union Finance Minister Arun Jaitley has praised the air strike conducted by the IAF targeting terror camps in Pakistan after the terror attack in Pulwama that claimed the lives of 40 CRPF jawans.

Venezuela plunges into darkness amid widespread outage: Much of Venezuela plunged into darkness Thursday evening, creating chaos as people struggled to navigate their way home amid what appeared to be one of the biggest blackouts yet in a country where power failures have become common.

Aid reaches Syria’s Manbij for the 1st time from govt-held areas: UN: A convoy carrying aid for 50,000 people reached the northern Syrian city of Manbij on Thursday, in the first such delivery from the government-held territory, the United Nations said.

All England Ch’ship: Saina, Kidambi lock quarterfinal places: Top Indian shuttlers Saina Nehwal and Kidambi Srikanth sealed their places in the quarterfinals of the All England Championships on Thursday.

Djokovic’s eyes record sixth Indian Wells Masters title: Doubt is a distant memory for Novak Djokovic as the world number one returns to Indian Wells on top of the tennis world, one year after his shock loss to qualifier Taro Daniel.