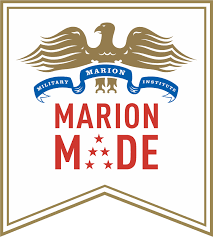 Marion Military Institute (MMI) is a public military junior college in Marion, Alabama. Founded in 1842, it is the official state military college of Alabama and the nation’s oldest military junior college. Marion Military Institute is one of only four Military Junior Colleges in the United States. These programs include the Army’s two-year Early Commissioning Program (ECP), an Army Reserve Officers Training Corps program through which qualified cadets can earn a commission as a Second Lieutenant after only two years of college. MMI’s ECP is one of the country’s leading U.S. Army commissioning programs. The Service Academy Program (SAP) is a freshman year of academic and physical preparation for students who wish to attend one of the Service Academies in the United States. It is designated, endorsed, and selected by all five Service Academies. MMI also offers the Marine Corps Platoon Leaders Course (PLC) and the first two years of Air Force Reserve Officer Training Corps. Over the years, MMI has produced more than 200 generals and admirals in the United States Armed Forces.

We hope that our article about the Marion Military Institute (MMI) will surely help you to get to know about the various Top Universities in the USA and apply for the courses offered by them. Keep visiting govtjob.desi for more such study abroad articles.